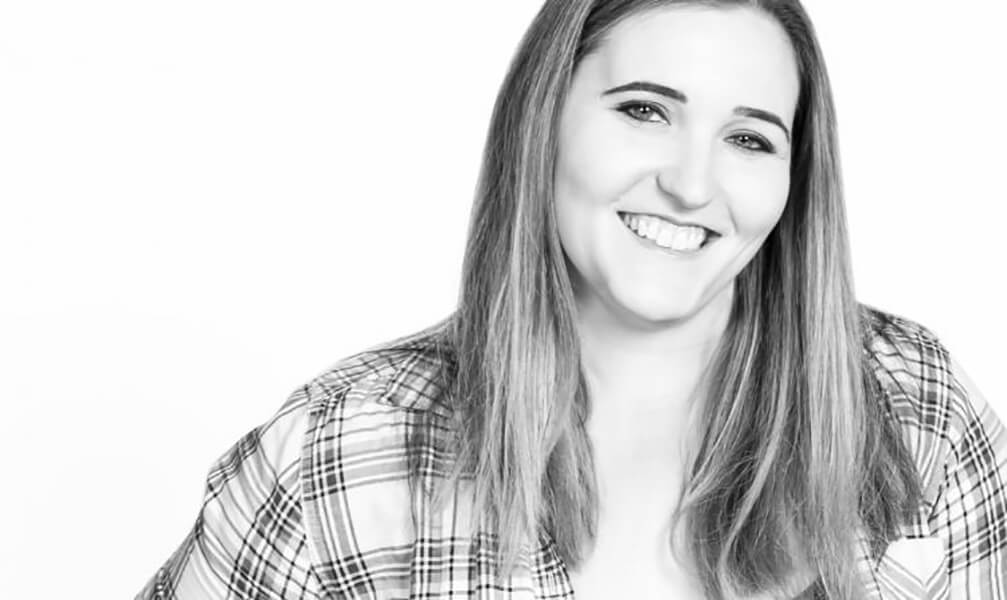 Andrea Listenberger is a writer and producer based in Los Angeles. Born between a cow and a corn field in Fort Wayne, Indiana, Andrea soon bored of the cow and started following her family around with a video camera. Eager to “get on with it” before she aged out of Hollywood, Andrea quickly got educated at Vassar College and moved west.

Since arriving in LA, Andrea’s curiosity and excitement for many and most things, coupled with a burning desire to pay her rent, has resulted in work on a diverse range of projects. Her writing credits include the comedy-science series Science Party (Facebook Watch),season 2 of The Trouble With (Freeform/Facebook Watch), and the social media campaign for the film A Bad Moms Christmas.

A fan of both hanging out on set and in dark edit bays, Andrea’s most notable TV credits include story producing the critically acclaimed comedy Barely Famous for VH1, the music documentary series Sugar for YouTube Premium, and the family comedy The Radkes for USA. In a past role as Director of Development, Andrea sold concepts to NBC, truTV, E!, Spike, TBS, Travel Channel and CMT, and wrote pilot treatments for comedians including Spike Feresten, Tom Segura, Christina Pazsitzky, Jo Koy and Julian McCullough.

Andrea writes and performs on the house sketch team Friendo at The Pack Theater. When not writing complimentary bios about herself, Andrea enjoys reviewing local nachos, and serving as seeing-eye-human for her blind dog Max. She is definitely a Rhoda.