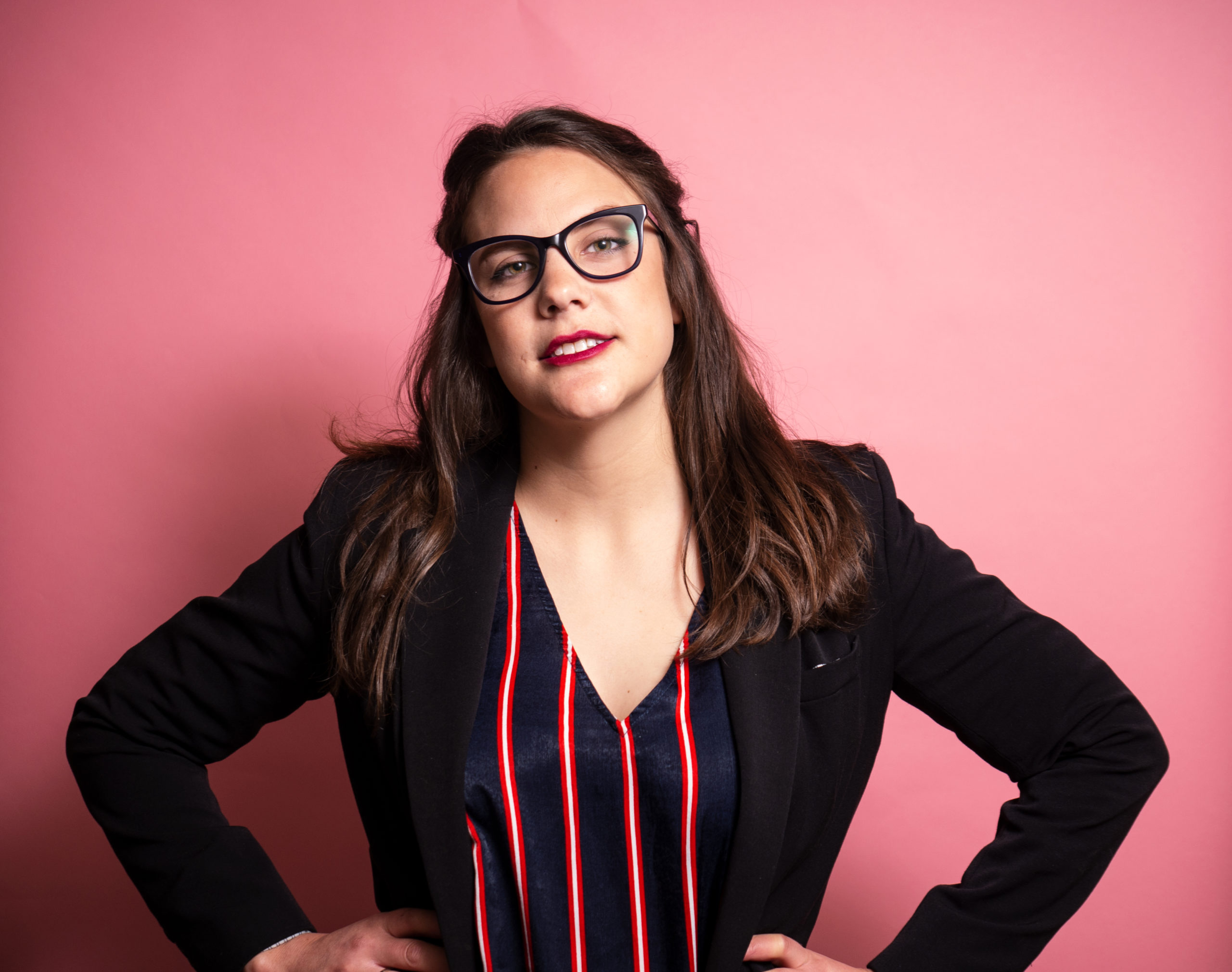 Carolyn Racine is a stand up comedian and writer from southeast Michigan.  She has a B.A. in Creative Writing from The University of Michigan, where wrote an honors thesis in poetry. After graduating, she started doing comedy. Actually, she drove across the country, lived in someone’s shed, hung out in the hills of El Cerrito, obsessively shopped for fresh produce and zoomed around in a Vespa for a couple years. Then she started doing comedy.

Carolyn wrote for Killing My Lobster, San Francisco’s premiere sketch comedy company, for 2 years. While working with KML, Carolyn was voted Best Laugh by SF Theater Pub in 2015. She was also head writer for KML’s SF Sketchfest show in 2019.

In 2016, Carolyn sold her Vespa and moved to Los Angeles. She performed in the The Motor City Comedy Festival in 2019, was a regular monologue joke and segment writer for Late Night with Jimmy Fallopian Tubes at UCB and produced her own live late night show, The Not Too Late Show, on Instagram and Youtube. She is currently a writer for Brutus at The Pack Theater.