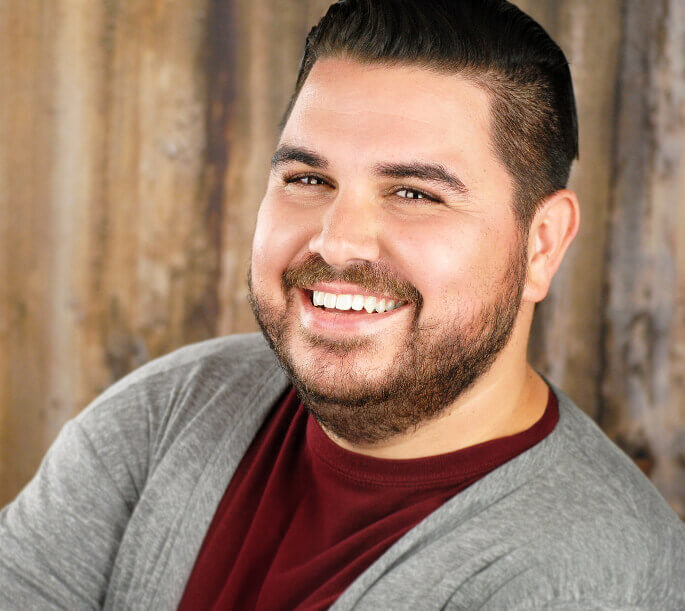 Danny is a native New Yorker who’s been entertaining family and friends since he was a kid. Coming from a large Portuguese family, his comedy training started at the kitchen table, where every night he and his family would make each other laugh with jokes and stories. He’s earned a BFA Film & Video in Directing from The School of Visual Arts in New York. He has trained at The Pack Theater, iO West and ImprovLA. He’s written and performed for past Pack Theater sketch teams 100% Stuff and Femmebot PhD. He’s performed at San Francisco Sketchfest, Austin Sketchfest, Sonoma Laughfest, L.A. Scripted Comedy Festival and the L.A. Improv Comedy Festival, which included performing in the 7 Day Improv Show (which set the World Record for Longest Improv Show!). He also does Stand Up and Improv at various theaters and venues in the Los Angeles area. Danny delivers a blend of familial storytelling and unique observation, whether on stage or writing on the page. He currently writes and performs with Pack Theater house sketch team Royale and co-produces and hosts the comedy variety show The Eleventh Hour. You can follow him on twitter and instagram at: @DannyAmaralShow