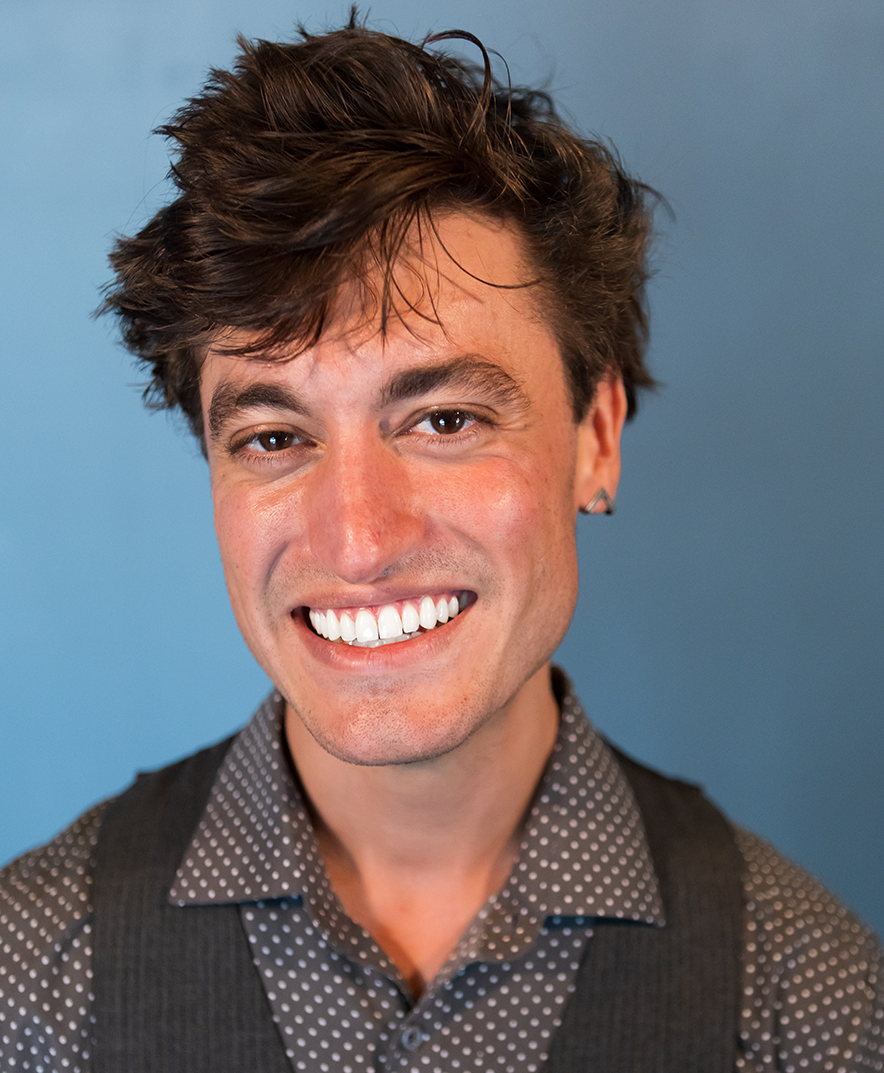 Gabriel Valdez is a Hispanic, LGBTQ+, actor, improviser, and writer. An instructor for Rise Comedy, he is an Upright Citizens Brigade alumnus and has trained with The Groundlings (LA) and Bird City Improv (Baltimore).

He is a playwright with work featured at the Denver Fringe Festival, and has over 50,000 views on his sketch comedy work.

A professionally trained environmental analyst and geologist, Gabe would love to talk with you about protecting the environment and his rock collection.