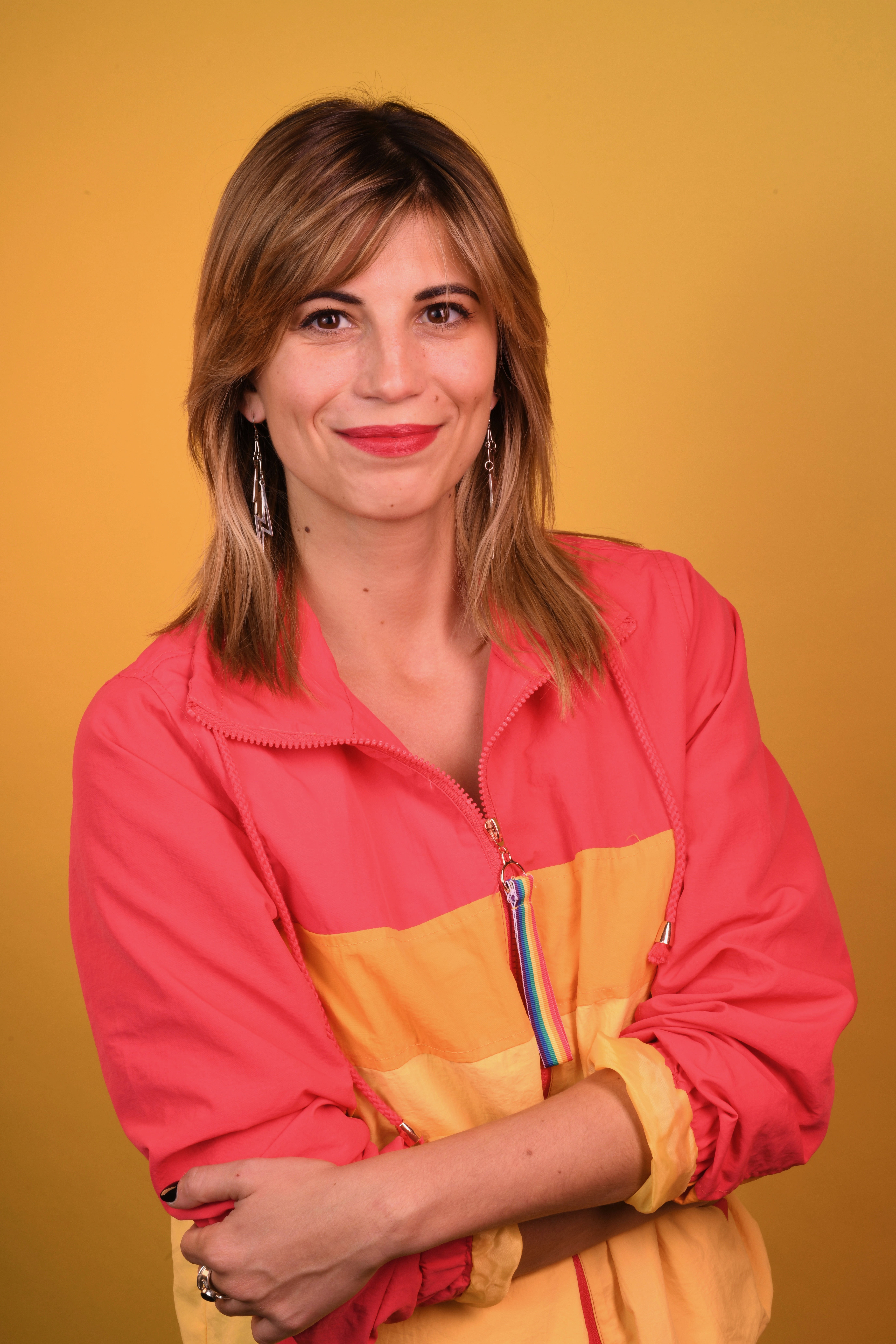 Kiki Andersen is a standup, sketch and improv comedian. She is an actor and writer on the Pack house sketch team, “Peach!” Her comedy is both absurdist and observational. The rest of her brain is occupied by news, politics and unlikely animal friendship content.

Kiki got her start in comedy in the Baltimore- D.C. area, where she created two popular monthly shows, “When Improv Met Standup” and “Lipsync Kikioke,” both of which still run today. She was a member of various improv and sketch teams including Banana Phone and Bad Medicine. She also founded and directed the sketch team, “Super Sketchy Humans.” She has done standup all over the U.S., at various comedy festivals, and overseas.

Before committing to comedy writing and acting full-time, Kiki used to be an award-winning local TV news reporter under her legal name, “Kelly Andersen,” but after enough people confused her for Kellyanne Conway on Twitter, she decided to change her name, her career and also get bangs.

You can catch her at the Pack theater and at comedy clubs all over L.A.