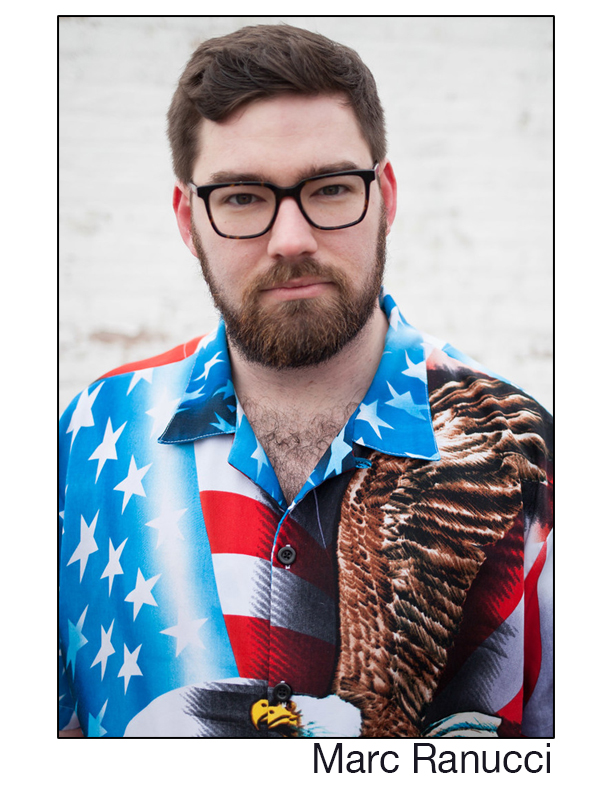 Marc Ranucci is a Los Angeles based stand-up, sketch actor, and improviser. Originally from Indianapolis, he went to Indiana University where he studied Journalism, which is why he’s only had jobs in the service industry. While at Indiana University he spent almost all his productive energy on his sketch team The University tWits. During his four years on the team they put on 32 original hour-long shows and grew their audience to nearly 500 regular attendees. Once he graduated he left Indiana as fast as physically possible and moved to Chicago.
In Chicago, Marc started and hosted The House Party Open Mic, which became one of Chicago’s most popular late night open mics. Marc also created and produced Hot Reads, Chicago’s drunkest sketch show. It was a trainwreck every time, and he is incredibly proud of that. During his time in Chicago he graduated from the iO training center and the Second City Conservatory. Along the way, he made lifelong friends and lifelong enemies.
Marc is fairly new to Los Angeles, but he is currently on a house improv team at Second City, Bad Sandy, is the host of the Big Feelings open mic and on the sketch team Peach, both at the Pack Theater. He is desperately seeking representation, seriously, he’d take any offer. Besides his comedy interests, he is writing a couples cookbook, Coming Together and Having a Meal, set for completion in mid 2020.