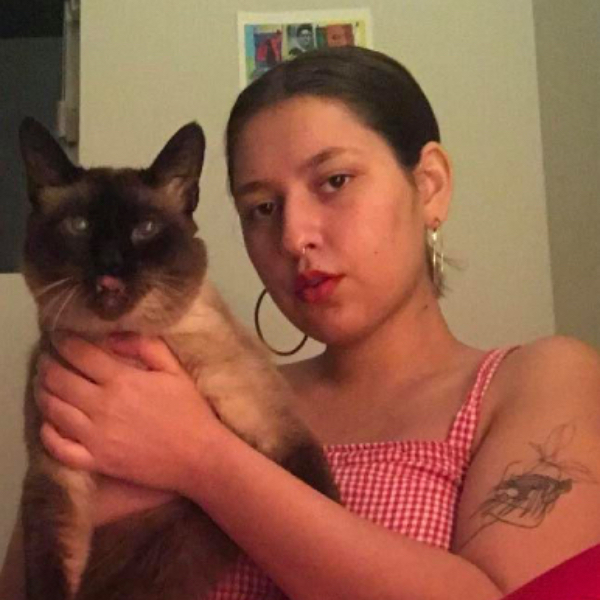 Sarah is a Latinx writer and overall sweetheart who arrived in Los Angeles in 1998 via stork. At age eleven, she officially announced that she would no longer be nosy, but reversed course when she later realized that was the best way to source material. Since then, she has studied and performed with ComedySportz, The Ruby LA, and now The Pack Theater.

You may have seen her as the Arclight greeter who had a breakdown and yelled “we’re all human, right?!” in the 2017 greet for the 5:45pm showing of Suburbicon or the recurring chauffeur to Jaime Zavala Jr. of Pageant.

You can catch her sketch team Pageant every 4th Sunday of the month, alongside their besties Friendo! And yes, you can sit with her.