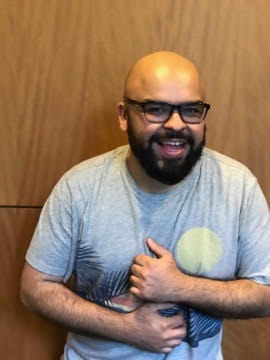 Victor Olivas is an Actor, Writer and Musician from Phoenix, Arizona!

He moved to LA in 2009 to train at the American Musical and Dramatic Academy. Soon he decided his strengths were in comedy, or maybe his weakness was Drama? Either we are where we are!

He has studied Improv and Sketch at The Upright Citizens Brigade, The Pack Theater, and The improv Space where he was on a team for half a year.

He has been writing and performing with the LatinX comedy Pachanga for about a year now and loves it!

Watch him try to be as “Stupid Smart” as he possibly can all around town!