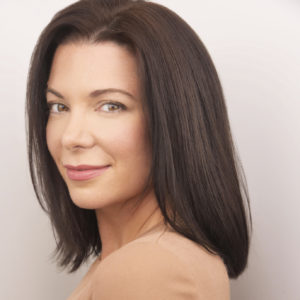 Dani Faith Leonard is a writer, comedian and producer. She is in development on a feature film called RUSH ISLAND about news reporters with questionable morals, and recently co-created THIS IS SHE, a docuseries about rising women in insular industries. Dani created and hosts the live comedy show ADULT SEX ED (Caveat, National Lampoon). Recent films as a producer include COAST (Producer, 2022 release) and documentary RED, WHITE, AND WASTED (Co-Producer, Tribeca Film Festival). With Bobby Farrelly, Dani executive produced LEZ BOMB (2018, Amazon). In 2017, she executive produced SXSW Audience Award winner THE LIGHT OF THE MOON (Amazon).

From 2010 – 2021, Dani co-founded and ran Big Vision Empty Wallet, an inclusion focused film and media incubator. Through BVEW, she produced and supported dozens of feature films before shifting back to her roots as a creator and performer. She co-hosts the Creative Producing Conference, is a member of Women Independent Producers, and is on the advisory board of Catalyst Content Festival. She has spoken at Sundance, SXSW, many colleges, and is an advocate for arts education.