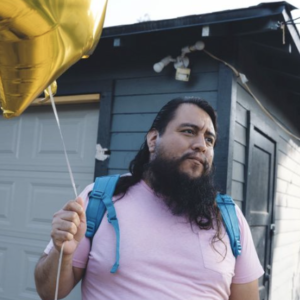 Fernando A. Funes – Inclusivity Board

is a writer-performer who produces shows in the LA/OC area including The LA Improv Summit, The Potluck, Dazed & Confused Poetry Club, and Cuñados, Cuñadas, y Carnales, a Latinx panel show. He is on the Pack House Improv team Nuisance and Pack Sketch House team Moonshot. His short film, The American Dream, has been featured in over 43 film festivals, including the Philadelphia Latino Film Festival. His Latinx theater company, The Latinx Comedy Pachanga, was a featured selection of 2019 Diversity in Comedy Festival at Second City, and they were featured in the 2020 Austin Sketch Fest. You can follow Fernando on Instagram @fernandoafunes