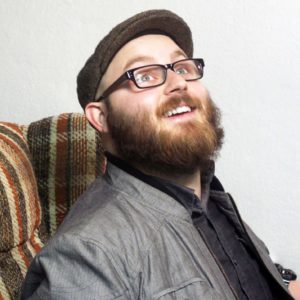 Gary Petersen is on the horizon of a new comedy frontier. Named 2016 Best Comedian by Boston Magazine, this absurd realist takes his curiosity and applies it to the wide world of weird. Petersen has opened for his favorites like Maria Bamford, Tig Notaro & Jake Johannsen while also writing on projects featured on Comedy Central, Netflix and BET. Petersen has taught stand-up comedy writing and performance for 4 years at Improv Boston and travels regularly around the world performing at clubs, colleges and festivals. Accomplishments: The Great American Comedy Festival, Best Comedian by Boston Magazine, Riot LA’s Comics to Watch. Petersen is blazing a trail of tomfoolery and now is the time to watch a hero rise from the ashes of comedy ruins.