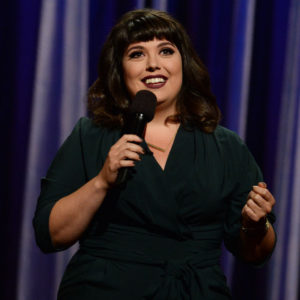 She released her own web series with Comedy Central “Bad Ass Bitches of History”, and has also written for MTV Girl Code, TruTV Greatest Ever,  and was featured in Adam Ruins Everything.

She tours regularly across the country in clubs and colleges as well as internationally.