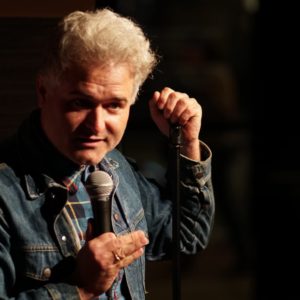 Rob Crean has been performing at & producing stand up comedy shows for over a decade. He’s released two albums “Sadly Sackerton” and “Local Personality” on Dead and Mellow records and co-hosts the show Co-Host to Co-Host with Crean & The Gipper.  He’s been teaching stand up comedy classes for 10 years, focusing on word economy an story structure.