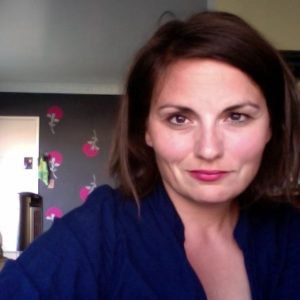 Robin Reed has been working as a VO artist in New York and Los Angeles since 2004. She has voiced over 30 national commercials, including spots for Campbell’s Soup, GE Appliances, Swanson, Wheat Thins, Discover Card, Neutrogena and more. Promo work includes Lifetime, HGTV, WE, and Oxygen.  Animated roles include Xenon onTalking Tom (Google/Arx Anima), Monster on the Street (Seriously.tv), The Alien Guide to Earth (Mondo Media), Word Girl (Scholastic/PBS Kids), The Croods(Dreamworks),  and Office Buddies (Dan & Jason/Hornet). As a narrator, she’s voiced shows for Lifetime recorded books for Audible, and comedy news for The Onion, Yahoo, and Rooftop Comedy.

She is also the voice of a novelty remote control that may or may not still be sold in a Spencer’s Gifts at a mall near you.

​Robin has directed VO and on-camera talent for Freeform, Sony, Adult Swim, Cartoon Network, and Yahoo, and coached private clients who have been signed to top agencies in New York and LA. She lives in Los Angeles with her dog, Peter.