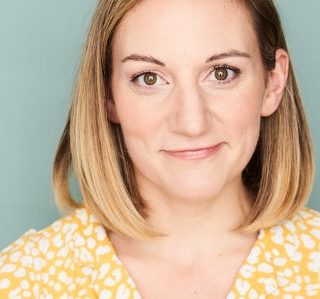 Amy Haeussler is an actor, writer and model…citizen! Having grown up in a large dysfunctional family from the Chicago suburbs, Amy was brought up in what could’ve been a John Hughes movie (and yes, it’s POP not soda!) After graduating from the University of Iowa she studied and performed sketch/improv in Chicago at The Second City, iO, the Annoyance and many other theaters. Out of all of the work she did there, she is most proud of the shows she produced/wrote/performed independently. She believes finding your own voice in comedy is so much more valuable than trying to fit into the voice of what a specific theater wants of you…but she digresses! Since being in LA, Amy has written a few pilots and a feature that has placed in major screenplay competitions like Final Draft Big Break, PAGE International, BlueCat and others. Her feature Crazy Girl was also in the top 8% of the Academy Nicholl Fellowship this year, which is pretty cool. She’s also involved at The Groundlings where she is on deck to take their Advanced Writing Lab. PS she is seeking representation and would love to chat, if you’re interested!