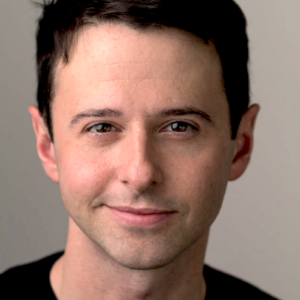 John Milhiser was as a featured player on “Saturday Night Live” for its 39th season.  He performed at the New Faces Characters at the Just For Laughs Comedy Festival in Montreal in the summer of 2013. He has written and performed sketch comedy for stage and screen for many years. He has been lurking around the UCB theatre since 2005.  Milhiser is co-founder of the award winning sketch group Serious Lunch. Since 2009 he has performed with multiple Upright Citizen’s Brigade Maude sketch teams and presented one-man shows at both the NY and LA theater. He has appeared on 2 Broke Girls, The Guest Book, Foursome, Ghostbusters, Greener Grass, Adam Ruins Everything, Liza on Demand, Betch and many other shows. He can next be see in the upcoming Netflix movie, Let It Snow.  John co-created the internet meme “baguetting” on BaguetteMeNots.tumblr.com, a blog featuring celebrities and comedians posing with French bread as everyday objects. Milhiser is from New York City, and currently resides in Los Angeles. He is repped by Artists First.