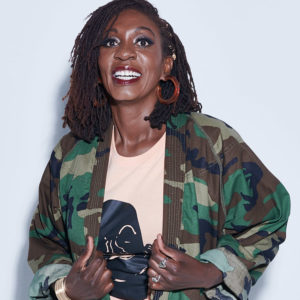 Keisha Zollar is a comedian, showrunner, producer, writer, and Sundance Fellow. She’s currently a exec story editor on Young Love, the adaptation of the Oscar short Hair Love. Recently, she finished working on the reboot of Spitting Image for BritBox, the animated series Agent King on Netflix, and is the co-EP on the NBC special Sketchy Times with Lilly Singh. In addition, she’s one of the co-creators and stars of Astronomy Club: The Sketch Show. In 2019, she executive produced the popular podcast turned TV show, The Read With Kid Fury & Crissle on Fuse and became the head writer on Busy Tonight.